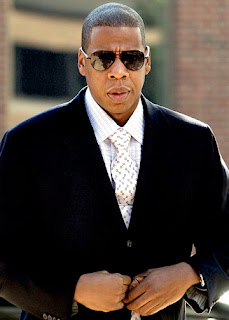 Jay-Z tells MTV that both he and Kanye are currently in a "Good zone" creatively and there is a good possibility they may both give solo albums in 2012, in addition to another collaborative album. See the vid:

Get More: Music News
MAN!! 2 solos and another collab?! That would be sooooooo awesome! And yet another reason for me to begin saving NOW! (3 albums means at least one concert. Probably too rich for my blodd, but hey..) I gots to see them again!


My Source: MissInfo
Posted by McKenzie Lacroix at 11:52 AM