"I Been That Girl" Melanie Fiona [Audio] 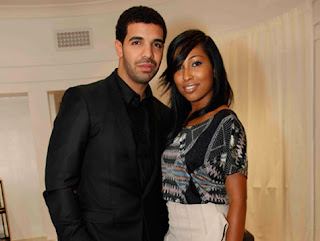 Melanie's songs just continue to drip (leak) their way onto the 'net as the March 20 release date for The ML Life nears. "I Been That Girl" was co-written by Drizzy Drake.

...Don't hate the song, but I def don't love it! Drake should have just kept this song for himself. The melody, beat, lyrics... ALL DRAKE! I really, truly can't stand hearing songs written by a (KNOWN) singer/songwriter and sung by someone else if the entire song just sounds like it was a track that simply ain't make that singer/songwriter's last album!!! (That making sense to y'all?)
Take The Dream and Beyonce's relationship, for instance. A lot of folks that aren't really all into who wrote a song and this and that can't point out songs written and produced by Dream that Beyonce performs. Would never guess in a million years (if it weren't for the 'net and the insides of album covers) that dude wrote this song or that song for Bey. The same with him writing "Umbrella" for Rihanna. (A song that he says he actually wrote for Britney Spears) or "Baby" for Justin Bieber. I love that! I'm not a fan of Dream, the singer, though I LOVE Dream, the songwriter. He knows how to swap up the flows and dish out good music.
This song, sadly, came from an used up template Drake musta had on the backseat of his ride or sum'n. :(
**Melanie's voice, is lovely, as always**
Posted by McKenzie Lacroix at 4:03 PM