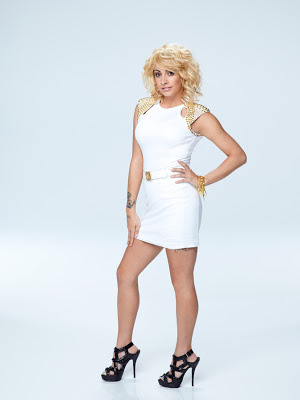 This girl is sooooo unattractive!  Not in this super made up picture, but in REAL LIFE on the show.  (Y'all done seen her.)  This girl looks like a drunk, raggedy 45 year old in the face at all times!! And her body is totally fucked.  Her entire torso is the same width all the way down and her ass is flat as a pancake. Unfortunately, that doesn't stop her from prancing around in a bikini OR a tee and bikini bottoms all day, every day.  BTW, the photographer that shot this pic is good! The sideways pose, belt at the waist and hand on the hip gives the illusion that ole Nicky's waist and hips are not the same width.  Kudos to that photog.

But in addition to her lack of looks,  she was on that dumb ass, "You beef with my roomie, I'ma beef with you." bull when Paula and Janae had words in the beginning.  That's something I DO NOT understand!  How do you know this chick for about half of a day and now you ready to go to bat for her because y'all sleep in the same room?!

Girl, sit the hell down!! If the tables were turned, would Paula do the same for you? (Doubt it.) 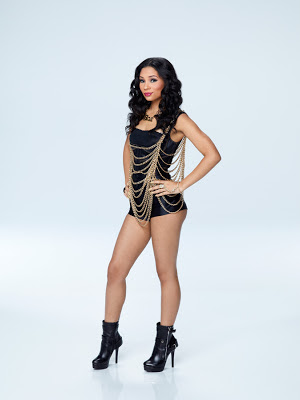 A stripper from NY.  She's a cute girl and she seems to be the most laid back of the entire cast, but I don't quite know how to feel about her only because she loves to introduce herself as a lesbian stripper to everyone she meets.  I understand not being ashamed of who or what you are but why must you announce who and/or what you are everywhere you go?? o.O

I just believe your actions/behavior speaks for itself.  She comes off as one that seeks acceptance as she steadily screams, "I'm me. I don't care who don't like it." Um.  Really? *side eye* 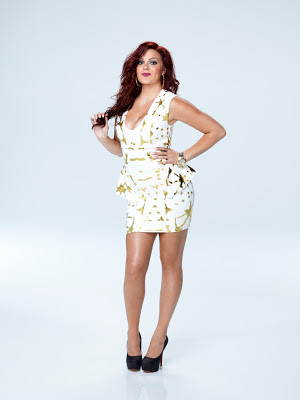 Is it just me, or does this chick remind y'all of Erica from a couple seasons ago?  Remember the super duper rappin', shit-startin', shit-talkin', crimson-chinned redhead??  The way Alicia talks and acts reminds me of her.

Alicia is beginning to work my nerves (in just 2 episodes).  She has kicked off the Bad Girls Club tradition of working to kick others out of the house already!!  I think that is so lame! It's the fuckin' BAD GIRLS CLUB!!! Y'all bitches came there to be BAD!! Ruffle feathers. Disagree. Fight. And all of the above. So, when a cast member is giving it up like that, let her live. Why try to kick somebody out just because y'all had a lil disagreement?

And she needs to NOT think her style is like that.  That huge-bibbed sailor blouse she wore the first day and those tiny white shorts revealing every last bit of cellulite she's acquired in life, along with those patent leather red heels she couldn't walk in, was a bad, sad choice. 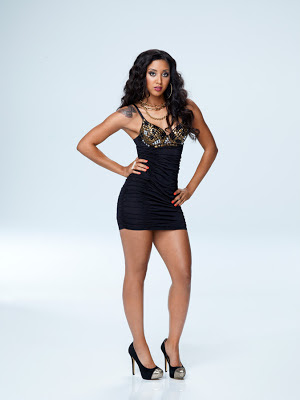 Matter of fact, let's call her ole Crybaby Nae-Nae.  This girl stay cryin'!! Damn! She need to get herself together!!  And she needs to not drink because she cannot handle it.

The end of episode 2 shows Valentina and Shannon throwing her shit out of the house as she tries to bring it back in.  Next episode it looks like they jump poor Janae when she finally tries to stand up for herself.

...Something else for her to cry about. 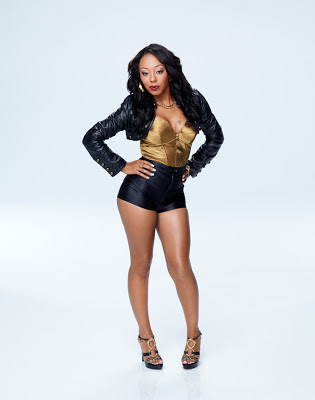 It's really not much I can say about Paula.  She has the best bod and can probably be considered the Savior of looks for this group of homely looking girls. 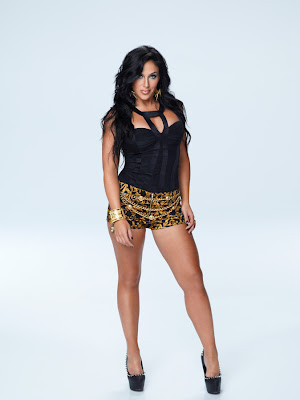 This lady claims to be 26 years old.  That's lie #1.  I'd give her mid-30's. She has a whole lot of failed plastic surgery going on.  How the hell you go under the knife and still be butt-ugly?! I bet she is one of those women that looked better PRE-surgery.

She claims to be this hardass that can and will fuck anybody up on-site. (Including men) But she let Alicia pour that nasty ass, dirty dishwater on her and ain't do a thang!!

I hate to say it, but that show of ignorance was funny as hell!!  As soon as she said it, you could see the "Oh shit." look on her face, like "Damn! I spoke that thought out loud?" Hahahaha!!  Yes, bitch. You showed your true colors.  Thanks.

I can definitely do without this one with her ugly face, cement boobs and shitty clothing. 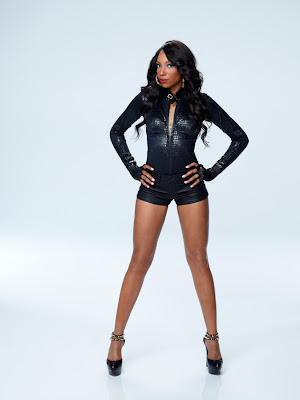 The resident Nigerian from all over.  When Janae asked her where she was from, didn't she say ALL OVER?! LMAO!! I found that funny.  Honey, just pick a place!  (Sheesh)

Valentina said that she goes for the owners of ball teams, not the players.  Who's to say if that's true or not? (Not me) But, I'm guessing from the fact that she is on Bad Girls Club she hasn't yet snagged what she's set her goals on.

These girls on these shows be killing me talkin' about what they got and what they do, but yet they on a cheesy reality show fighting and fucking their way to a REALITY TV HAS BEEN status.  If you living the life, why would you join such a cast?  Pretty much, you anything if this is what you have to use to get yourself out there.  You're really not living it up outside of the show.  I just can't see it.  If you ballin' like that, your time would be better served hanging out at celebrity hotspots and trying to become somebody's girl or something, right?  Look at Karrauche Tran (sp?). Breezy's ex/side piece.  She ain't have to embarrass herself on tv to land her a lil piece of FAME.

And just how annoying was her high pitched voice when she was arguing with Janae before they started fighting after the club?! "Don't nobody wanna hear that shit!" No. Don't nobody wanna hear yo ass! Why ain't nobody tell her to shut the fuck up?!  And why did she jump on a drunk ass Janae like that?! When a drunk bitch talks shit, let the bitch talk shit and take her ass to sleep.  Beating on your drunk roommates is NOT cool!

And on the 2nd episode she proudly stated that she POPS OFF on her moms.  Just what the fuck is wrong with this girl?!  She must be faaaarrrrr removed from her Nigerian roots.  A Nigerian mama woulda snatch the bitch bald.  Clean bald.  No hair to cover them tracks bald, if she woulda called herself poppin' off.

I'm not Nigerian, but I speak for them when I say they'd appreciate her NOT claiming 'em publicly.

Although I like her fashion sense, I'm not feeling Valentina otherwise.

As much as I don't think I should watch this season, I know I will. *sigh*

Posted by McKenzie Lacroix at 1:08 PM