Fight on the Beach: Another iPhone Recovery Success Story 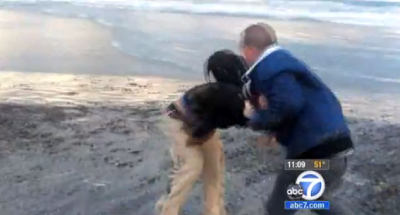 Just last week I posted the story about the guy in NYC that got his iPhone back by luring the thief to a "date" with a beautiful woman (which was really him).  Once the thief arrived, the rightful iPhone owner greeted him with a $20 recovery fee and hammer (just in case).

And now we have a guy that tracked down his phone with the Find My iPhone app.  The app led him to the beach (and the thief)... and a FIGHT!!


As an iPhone owner, it is just that serious!! Y'all know Apple's replacement program DOES NOT cover stolen/lost phones, right?  And majority of us get our phones on that $200/2 year contract deal.  If that thing goes missing, who wanna kick out $500-$600 for another damn phone?!!

And not this guy in the above vid either.


SOURCE
Posted by McKenzie Lacroix at 11:32 AM