Jay-Z's Involved With The Score For 'The Great Gatsby'! 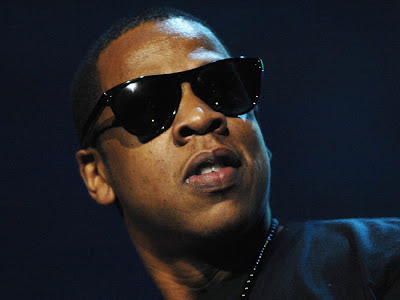 Y'all remember 'The Great Gatsby' as part of the Literature curriculum in Junior High? (Yeah, I barely remember it too.--lol) The novel's a literary staple. And now our King of Hip Hop (and probably my one, true love), Jay-Z, has been named as inspiration for the movie's score!!! And has been recruited to contribute to the final score.

Hov is reportedly the latest star to attach his name to the upcoming film adaptation of "The Great Gatsby." According to Jeymes Samuel of The Bullitts, he and Jay-Z will be writing the score for "Gatsby."
The first clue of Jay-Z's involvement with "The Great Gatsby" was shown in the film's trailer. The opulent lifestyle of Jay Gatsby (Leonardo DiCaprio) was set to the pumping beat of Jay-Z and Kanye West's "No Church In The Wild" -- take a look in the video above.
Cast members also leaked in April that director Baz Luhrmann played Jay-Z music on the set of "The Great Gatsby." "On my first day he had Jay-Z pumped up full, and we did the entire scene with, you know, Jay-Z in our ear on full blast while acting, and it was just so liberating," Isla Fischer told MTV.
Samuel announced the news on his Twitter account.

I just loved watching Jay's transitions and success!  All of y'all that have been down with Jay since the early/mid 90's know what I'm talking about.
Posted by McKenzie Lacroix at 2:20 PM