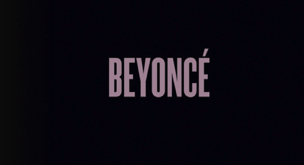 Since a little after midnight on Friday, Beyoncé's 5th solo album titled 'Beyoncé' has been my daily soundtrack!  @Missinfo tweeted about the surprise album and Night-Night Time was pushed back!!  I couldn't download it fast enough!  Didn't even listen to snippets.  Just laid my $15.99 down!  And I AM NOT disappointed at all.  This album and accompanying videos are so good!  (This exclamation mark-laden opening paragraph documents my continued excitement.)

'Beyoncé' was not prefaced by any sort of promotion.  It just dropped.  And this is the power of Beyoncé: In just three hours following the exclusive iTunes release, more than 80,000 digital copies sold.  And within 24 hours that total rose to 350,000.  Billboard estimates that the sales could reach 600,000 by the end of the week. And as her husband has once said, "..Numbers don't lie."  Queen Bey's reign seems to be everlasting.

This album has 14 audio tracks and 17 videos.  Each track has an accompanying video.  The song "Partition" is broken down in two videos, "Yoncé" and "Partition" and the same was done for the track "Haunted"; broken into: "Ghost" and "Haunted".

'Beyoncé' as a whole is a really good piece of work.  But I have my fave tracks:

Blue
Partition
Haunted-- I think the 2nd part of the song can definitely be used in promotional ads for a movie or tv show or even a product.
Blow
Drunk In Love ft. Jay-Z
Grown Woman
Superpower ft. Frank Ocean
Heaven
Mine ft. Drake
Rocket

Posted by McKenzie Lacroix at 11:11 AM