3 Killed In Shooting At A Mall In Columbia, MD 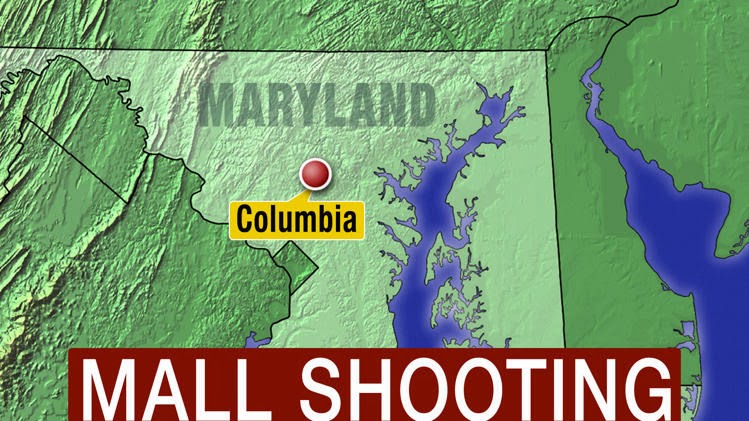 Earlier today a gunman killed himself after killing 2 others and injuring several more at a mall in Columbia, MD.


A gunman opened fire in a crowded suburban shopping mall Saturday, leaving three people dead and setting off panic as hundreds of fear-stricken shoppers and mall employees raced for cover.

The suspect, armed with a shotgun, was among the victims at The Mall in Columbia, Howard County Police Chief Bill McMahon said. Police said a fourth victim was being treated for a gunshot wound to the foot. Four other people either suffered from medical conditions or suffered minor injuries such as twisted ankles, he said.

Brianna Benlolo, 21, of College Park, Md., and Tyler Johnson, 25, of Ellicott City, Md., were killed, police said. The identity of the gunman had not been released.

McMahon said the bodies were found in Zumiez, an apparel store catering to skaters, surfers and snowboarders, on the mall's upper level. Benlolo and Johnson were employees of the store, he said. The shooter's body was found still laden with ammunition, so McMahon said caution was being used and an identity had not been made.

McMahon said several calls came in to the 911 dispatcher around 11:15 a.m. about shots fired at the mall. Officers responded within two minutes, he said.

By late afternoon the mall had been cleared. Detectives were trying to confirm the identities of the victims, but no motive had been determined, McMahon said. The mall will remain closed at least until Sunday, police said.

Posted by McKenzie Lacroix at 6:48 PM

Email ThisBlogThis!Share to TwitterShare to FacebookShare to Pinterest
Labels: 'Round DC, In The News, RIP