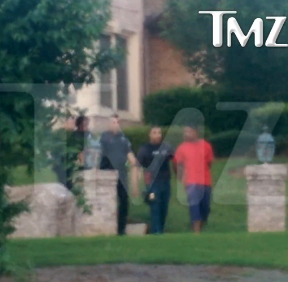 Some good ole Georgian citizens captured video (and sold it to TMZ) of Love & Hip Hop Atlanta's Stevie J taking a long walk of shame from his mansion's front door and down his driveway to an awaiting police vehicle.

Cops nabbed Stevie J in Georgia (check out the video).  He'll probably bail out soon but then has to face criminal charges in NYC.


Read more: http://www.tmz.com#ixzz34FfHfmax
Posted by McKenzie Lacroix at 11:48 AM