Waffle House Waitress Once Denied Her $1,000 Tip Left on a Credit Card Finally Receives Tip via Personal Check Directly From the Patron 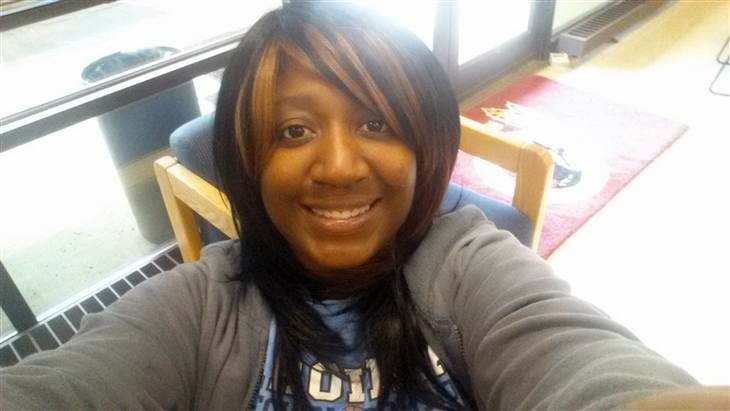 A hardworking, single mother of three and employee of two (different) employers recently fought hard with one of her employers to receive a $1,000 tip a patron gave her.


Shaina Brown, a 26-year-old Waffle House waitress and a single mom, had to hold back from screaming with joy when a Good Samaritan left her a $1,000 tip on Mother’s Day.

Then, in the weeks that followed, she had to hold back from screaming in frustration when Waffle House wouldn’t let her keep the money because of the restaurant chain's policy about large tips.

Her disappointment continued for nearly a month until the generous tipper got wind of the situation and came through for her a second time — this time via a personal check for $1,000 made out directly to Brown. In the wake of the flap, Waffle House issued a statement on Tuesday afternoon apologizing for the incident and saying that it will be reviewing its tipping procedures in order to “get tips to our associates quicker in these unusual situation(s).”

The saga began when Brown was working a 10-hour night shift at a Waffle House in Raleigh, North Carolina. A customer came into the restaurant with some friends late on May 11, and he got to chatting with Brown. He was impressed and moved by her story.

“I told him I was a single parent, three children, working two jobs, going to school, doing what I have to do,” Brown told TODAY.com. “And he told me, ‘Shaina, I’m going to bless you tonight.’ At first I didn’t get the weight of the statement. I thought he was joking around.”

But it was no joke: When the man used his credit card to pay his bill, he added in a tip for $1,500. He told Brown that $1,000 was meant for her and $500 was for another woman in the restaurant who seemed like she could use a boost.

“I didn’t shout for joy right then because I didn’t want to seem all dorky,” Brown said. “But I did after he left!”

The elation carried her through the night, until her manager arrived at work at 7 the next morning at the end of her shift. Then came the crash landing: After working at Waffle House for more than seven years, Brown learned for the first time that the chain routinely refunds generous tips left with credit cards in case customers later decide to dispute the amount.

For Brown, who had been thrilled that she could get her car’s transmission fixed and stop relying on her mom for rides to work, the news was devastating. As days passed and she realized she wasn’t getting anywhere with Waffle House, she contacted Josh Shaffer, a columnist for the News & Observer in Raleigh.

“She was righteously indignant,” Shaffer told TODAY.com. “She felt she had been wronged.”
Shaffer wrote a column about the incident, suggesting that “everybody visit the Hillsborough Street Waffle House on Thursday, Friday or Saturday night and specifically request Shaina Brown’s table. Bring cash. Write her name on the bills. And don’t let management take it.”
The story soon started spreading across the country, and the tipper — who has insisted on remaining anonymous — tried contacting Waffle House, to no avail. So, with the columnist’s help, the tipper managed to connect with Brown directly and give her a check for $1,000 on June 6.

“She was nice and she was working so hard,” the tipper told TODAY.com about the night he met Brown. “I thought, ‘I’m going to make this young lady’s day.’ ...“It was a completely impromptu thing. I walked out of the place smiling and feeling good, and she was jumping up and down behind the counter!”

Brown called the man a hero. The mom of three kids — ages 9, 7 and 1 — works 58 hours a week: 40 at Waffle House, and 18 at a county library administration building. She’s also taking online classes at Wake Technical Community College, and she dreams of becoming an English teacher. Right now she lives with her mother, who watches her children while she works her 9 p.m. to 7 a.m. restaurant shifts.

Waffle House posted its statement about its tipping policy on its Facebook page.
“This has given us cause to review our procedures so we can get tips to our associates quicker in these unusual situation(s),” the statement reads.

“It says a lot about this customer that he was willing to tip our associate this generous amount. Our intentions were for the associate to get her tip all along. We are sorry that our associate and the customer are having to go through this.”

Kudos to her for not taking this laying down!  And to the patron for coming back in to make sure she received what was meant for her.

Shame on Waffle House for their large tip receipt practices.  I understand that credit card transactions aren't as stable as cash.  I agree with the company waiting "x" amount of time before giving the server the entire tip amount.  Maybe a week or two, but to simply return the tip and say, "Forget it", to someone that is struggling and gives so much of HER time to their business is absolutely ridiculous!  And of course they want to change their story once it receives nationwide attention, and say their intent was always to get the $1,000 to Ms. Brown....  Just shameful.
Posted by McKenzie Lacroix at 10:00 AM