Like so many others nationwide, I had my fingers and toes crossed for the $326 Million Mega Millions drawing on November 4, 2014!

And also like many others nationwide, I awoke to disappointment when I checked my tickets on the 5th.  However, several Americans actually lucked up and got richer off that drawing; one by $326 million.


The jackpot was announced at $321 million; it climbed $5 million because of better-than-anticipated sales nationwide, the lottery said. The $326 million jackpot was the game's eighth largest.
Another New York ticket matched five numbers, minus the Mega ball, and won $4 million, using the game's optional $1 megaplier purchase. The megaplier multiplies the winnings of a ticket.
Four other tickets -- sold in California, New Jersey and two in Texas -- matched five numbers, minus the Mega ball, and are worth $1 million each, the lottery said.
The $326 million marks the game's eighth-largest jackpot. It falls significantly short of the record $656 million prize for the multistate game, split three ways on March 30, 2012.
--News Day
..Well.. (heavy sigh)..  Guess I gotta try my hand on the next drawing. *fingers crossed extra tight*
Posted by McKenzie Lacroix at 6:04 PM No comments: Links to this post

Email ThisBlogThis!Share to TwitterShare to FacebookShare to Pinterest
Labels: Finances, In The News, It's A Come Up, Seriously??


Carlesha Freeland-Gaither, the 22 year old woman whose abduction was caught on surveillance cameras on a Philadelphia street this past Sunday, was rescued Wednesday afternoon from her captor, Delvin Barnes, in Jessup, MD.

The 22-year-old was rescued from the car of her alleged kidnapper, 37-year-old Delvin Barnes, in a Jessup, Maryland, parking lot Wednesday afternoon, officials said. She suffered some injuries and was taken to a nearby hospital in Columbia, Maryland, for treatment, police said. She was listed in good condition and is expected to recover.


Agents moved in quickly after receiving a tip from the ATF Office in Richmond, Virginia, which was investigating Barnes. They believed the man may have been the suspect after seeing surveillance photos in news reports, Philadelphia detectives said.

Authorities began tracking his gray Ford Taurus through a GPS device placed inside the vehicle by the car dealership where it was purchased, detectives said. The GPS was installed because Barnes had poor credit, officials said.

Agents honed in on his location, in a shopping center parking lot, and moved in to strike.
"He was more surprised than anything," ATF agent Tim Jones said of the arrest.

Barnes and the victim were in the backseat of the car when agents arrived, but he quickly jumped into the driver's seat to try and flee, Jones said. Agents blocked his way and took him into custody.

Freeland-Gaither screamed hysterically for help as the arrest was taking place, telling the agents she was the woman who had been abducted in Philadelphia, Jones said.

"Once she had time to process what had happened you could tell she was emotionally distraught," he said.

Barnes, who has ties to Philadelphia, apparently attacked Freeland-Gaither at random, detectives said. He is being held on an warrant for attempted murder of a 16-year-old girl last month in Charles City County, Virginia.

Barnes will be charged federally in the alleged kidnapping and assault, said Edward Hanko, special agent-in-charge of the FBI's Philadelphia division. Officials said many times that the investigation remained fluid and had a long way to go.


Barnes has a long history with the law.

Philadelphia Police arrested the man in November 2005 on a slew of charges including rape, burglary, aggravated assault, making terroristic threats and reckless endangerment, according to court documents.

Police reports obtained by NBC10 stated Barnes beat, sexually assaulted and held his estranged wife captive -- defying a protection from abuse order. The woman is also the mother of his child, family said.


He jumped from the woman's closet, grabbed her by the face and dug his nails into her skin, according to the reports. He held her in the home overnight and allegedly forced her to have sex with him, the police report states.

The next morning, the woman begged Barnes to let her use the phone and call her parents. As she spoke to her mom, she was able to indicate she was in trouble and told her mother to call 911, according to investigators. When the parents arrived, Barnes began to beat them before they were able to escape and call police, according to the reports.

Lamar Barnes, the man's uncle, told NBC10 Wednesday night that his nephew recently was released from prison. He said the man is the son of a minister and that he's had trouble with women in the past.

“It’s just hard for me to accept the viciousness of it, not necessarily surprised. You know some men grow up having problems with women so they take it out on women. Apparently he’s one of them," Lamar Barnes said.

The uncle said he's glad to hear that Freeland-Gaither is safe and that Delvin's parents are "devastated" by the allegations.

"If he’s somebody I didn’t know, I would say whatever they do to him is fine. Well, he’s my nephew, same thing. What am I gonna do," he said.

Two weeks ago, officials in Virginia dropped charges against Barnes. According to court records, he was arrested in July for making a bomb threat, which is a felony. That charge was amended to trespassing, a misdemeanor, and the case finally dropped on Oct. 24, the records show.

Authorities said the girl went missing on Oct. 1 and showed up two days later at a business. She was naked, bloody and covered in burns smelling of bleach and gasoline, officials said.

DNA tests came back as a match to Barnes on Oct. 28, officials said. A warrant was issued and he was charged with attempted capital murder, abduction, forcible rape, malicious wounding, malicious injury with acid, explosives or fire and intimate object penetration, authorities said.

Barnes is a total mess of a man: Bad credit, rapist, kidnapper, habitual beater and vicious violator of women... And the list goes on.  Seriously disgusting.  He definitely deserves to be removed from society for an awful long time.  I'm talkin' life.
Posted by McKenzie Lacroix at 5:43 PM No comments: Links to this post

Email ThisBlogThis!Share to TwitterShare to FacebookShare to Pinterest
Labels: Blogs Worth A Damn, In The News, Missing, Sound'a Da Police, Tear Jerker 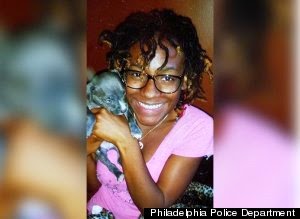 Surveillance cameras recently caught the abduction of 22 year old Carlesha Freeland-Gaither on the streets of Philadelphia.


Authorities in Pennsylvania have released chilling video of a Philadelphia woman's abduction.

The dramatic video, which was captured by surveillance cameras in the Germantown section of the city Sunday night, shows an unidentified person grab 22-year-old Carlesha Freeland-Gaither and force her into a waiting vehicle in the 100 block of West Coulter Street.

According to Gary Mercante, a spokesman for the Philadelphia Police Department, the abduction, which occurred at about 9:40 p.m., was witnessed by a passerby, who notified police.

"[The witness] stated that he observed ... Freeland-Gaither, yelling for help, and being forced into a 4-door vehicle," Mercante said.

Authorities said Freeland-Gaither fought with her abductor. She broke out the driver and passenger side rear windows of the vehicle before it went speeding off.

When police arrived at the scene of the abduction, they found Freeland-Gaither's glasses and cellphone.

According to the distraught father, his daughter works as a nurse and was visiting her godson in the hours leading up to her abduction, which happened just blocks from her home.

Authorities are now in a desperate search for the person responsible and are offering a $15,000 reward for information leading to his capture. They have also enlisted the help of the FBI.

The suspect vehicle is believed to be a 2000-2002 dark gray metallic 4-door Ford Taurus, with an unknown Pennsylvania license plate, police said.

Freeland-Gaither was last seen wearing a light blue jean jacket, a gray and white sweater, blue jeans and tan/green shoes. She was also carrying a black backpack. She is described as 5 feet 3 inches tall and approximately 125 pounds, with brown eyes and braided hair. She has a tattoo on her lower back.


This is such a troubling story.  A female walking down the street alone at night and just snatched.  I have posted a video from a surveillance camera that caught the abduction below.  And you can see that another vehicle came up on the scene and backed out; leaving dude to totally have his way.  And how many of us have done that or would do that if/when we came across a similar scene?  Unfortunately, it's the way of the world now.  I've been raised to "Mind my business" or more like, "Keep your nose out of shit that don't concern you.". The exact mentality that may have caused the second driver seen in the vid to not alert authorities and give a statement or better yet, to not even take note of anything of importance, such as a description of the suspect or the tags on the car; information that could greatly assist in this guy's capture and Carlesha's return.

And this is happening Worldwide.

Here is a picture of a "Person of Interest" (appears to be the same guy that forced her into his car) that used Carlesha's debit card at an ATM in Maryland: 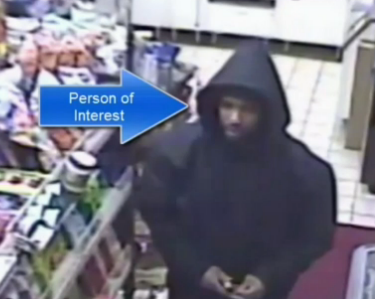 Video of Carlesha Freehand-Gaither's abduction:
Posted by McKenzie Lacroix at 11:21 AM No comments: Links to this post 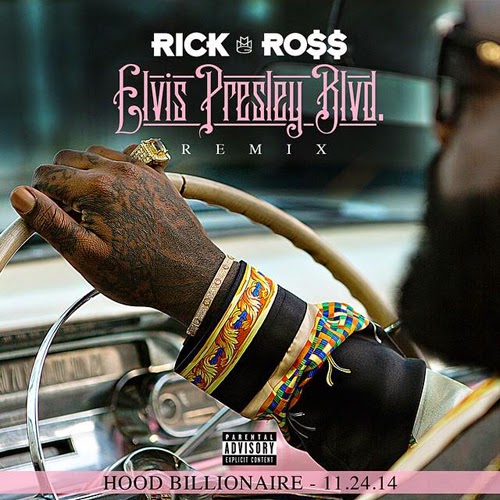 Posted by McKenzie Lacroix at 8:35 PM No comments: Links to this post


Wu Tang's album 'A Better Tomorrow' is set to drop on December 2, 2014.  Mark your calendars!
Posted by McKenzie Lacroix at 8:08 PM No comments: Links to this post