Beyoncé Delivers Healing in the Form of Lemonade

On Saturday, April 23rd, Beyoncé surprised the World with the release of her 6th solo album, (excluding her concert and remix albums), Lemonade, on Tidal.   And for those that aren’t Tidal subscribers, but are down with HBO, an hour-plus Special Presentation aired of the visual album.

In pure Queen Bey fashion, Mrs. Carter did not disappoint!…Though the theme of the album comes about as much as a surprise as the album’s existence: It’s all about infidelity.  I mean, ALL.  ABOUT.  INFIDELITY.  (On her husband Jay-Z’s end)

Sure, there’s been rumors since they began dating that Beyoncé was not the only woman Jay’s given his time (amongst other things) to; however, Beyoncé has never addressed this issue head-on, from my knowledge.  Except in a sort-of kinda way with lines like “All that gossiping/10 years/Stop it” from her hit “Countdown”.  But that could, maybe, have been a line directed at rumors of a break-up and not particularly her husband cheating??  Who knows.. It’s always been so (respectably) secretive as far as the inner workings of the Knowles-Carter relationship/marriage.

And I say respectably so, because though Jay-Z and Beyoncé are famous beyond our wildest imagination.  For them to keep a lid on their private lives is 1: An incredibly smart decision and 2: Totally up to them.  Just because we all feel as though we KNOW and LOVE these people, the truth is, we do not REALLY KNOW and LOVE these people and have no right to be privy to their home business.  It’s horrible that stars are not allowed their privacy.  And I can imagine it is extremely difficult to manage to keep anything sacred and for just yourself and those closest to you that genuinely do love you; and you them.  But Bey has decided to let the emotions run with Lemonade.

The best art comes from raw emotion, I believe.  To take a feeling or any sort of idea that is within you and translate that to a real, external medium for which others can then partake and experience and enjoy… That’s one of the best gifts an individual can give to the world.  Now… I’ve read the credits.  There’s a massive amount of writers on this project.  So, maybe Bey didn’t sit down at night after crying about her husband’s Dirt Dog deeds, and pour her heart and red wine onto paper, but I still believe she deserves a lot of credit for this release.

I mean.. the courage alone.  Had she not contributed one single word to the entire album, simply the courage to dedicate an entire album to infidelity, as a married woman.  As Beyoncé!  That’s balls-y.  And it gives many women a sense of (dare I say?..)solidarity with her.  To know that even a beautiful, talented, international star experiences bullshit behind a man.  Feelings of inadequacy, loyalty, protectiveness, being under appreciated, treated as an afterthought, but expected to always be available when needed or wanted… Pure confusion.  And many times pure love; which lends this inexplicable magnetic affinity, to the point that you just can’t walk away.

Lemonade reflects all of this.  I find it to be a truly healing piece of work.

I have DVR’d the visual art, HBO Special Presentation.  And that thang ain’t going nowhere! Will always be around for my viewing pleasure.  It features original poems by a poet that I was not aware of prior to this work: Warsan Shire.  She’s a pure talent, herself.

If you haven’t had the chance to check out either, you may really like to do so if you are a fan of a few things: Art, Music, Talent, Beyoncé, Emotional Healing and simply a break from the norm.

Posted by McKenzie Lacroix at 10:43 AM No comments: Links to this post

..Summoning me from my hiatus. 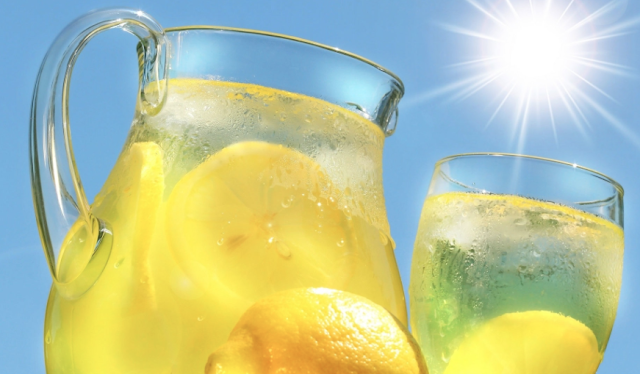 NEW POSTS COMING SOON...
Posted by McKenzie Lacroix at 8:21 AM No comments: Links to this post